In the lead up to St. Patrick’s Day we were learning all about RAINBOWS. We looked at primary and secondary colours and explored which colours can be mixed to create others. This led us to our first experiment.

We half-filled 3 cups with water and stood them in a row. We added red food colouring to cup 1 and yellow food colouring to cup          3. Cup 2 was left with water only. We connected the cups using kitchen roll. After that we made plenty of predictions.
Soon enough we had our results. The red and yellow water were absorbed by the kitchen roll to make orange in the middle cup. We had made a walking rainbow! 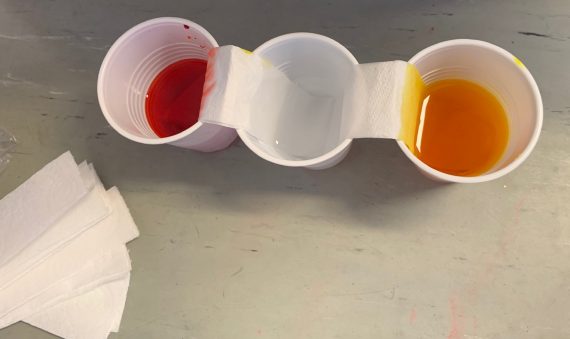 Then it was time to head outdoors. The children teamed up to get ready for their challenge – “Catch a Rainbow”. With only a cd and white page the children really had to put their heads together.
Before long, the secret was out! By using the cd to reflect the sunlight onto the white page, the boys and girls captured the most colourful rainbows together! 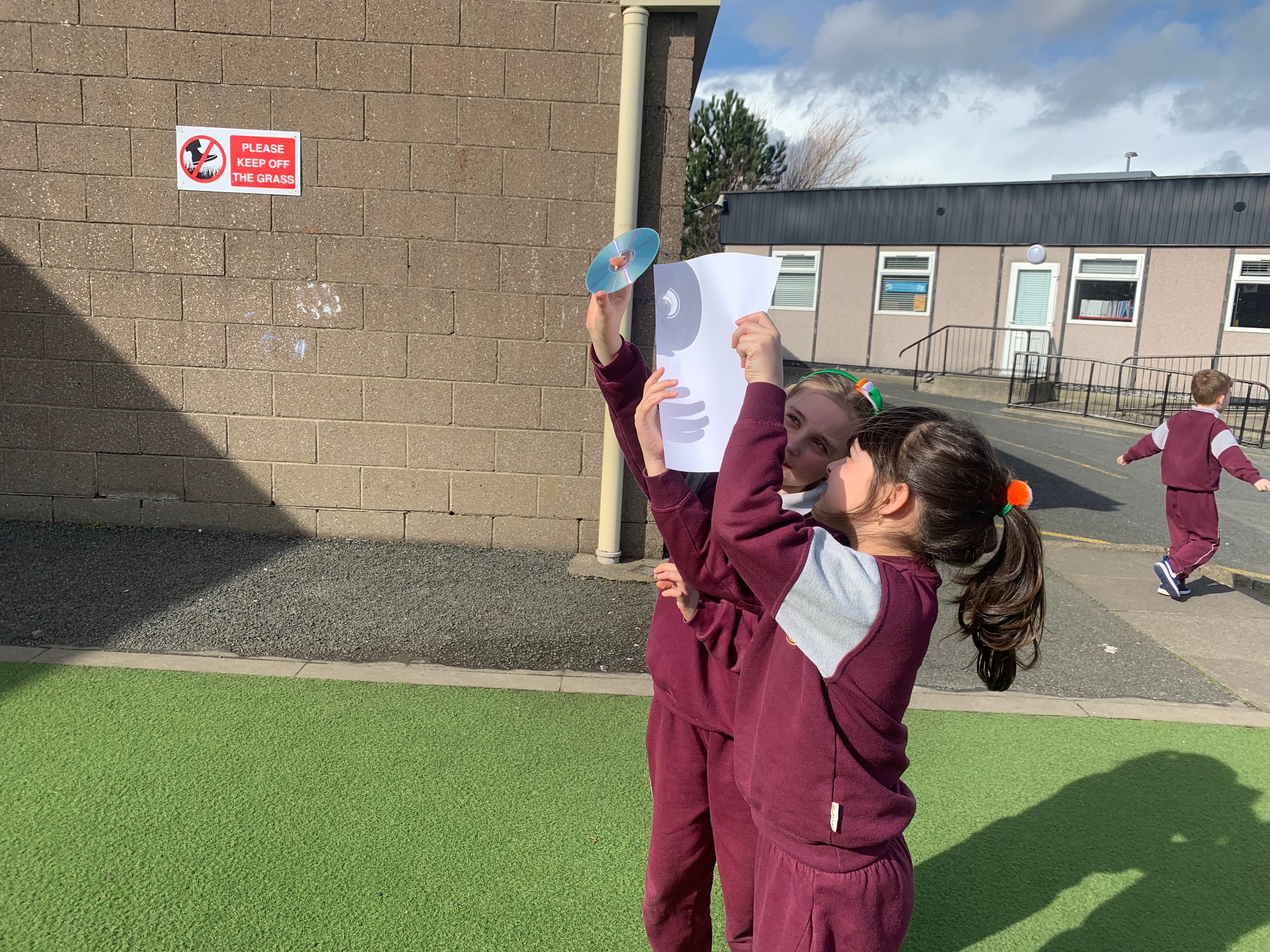 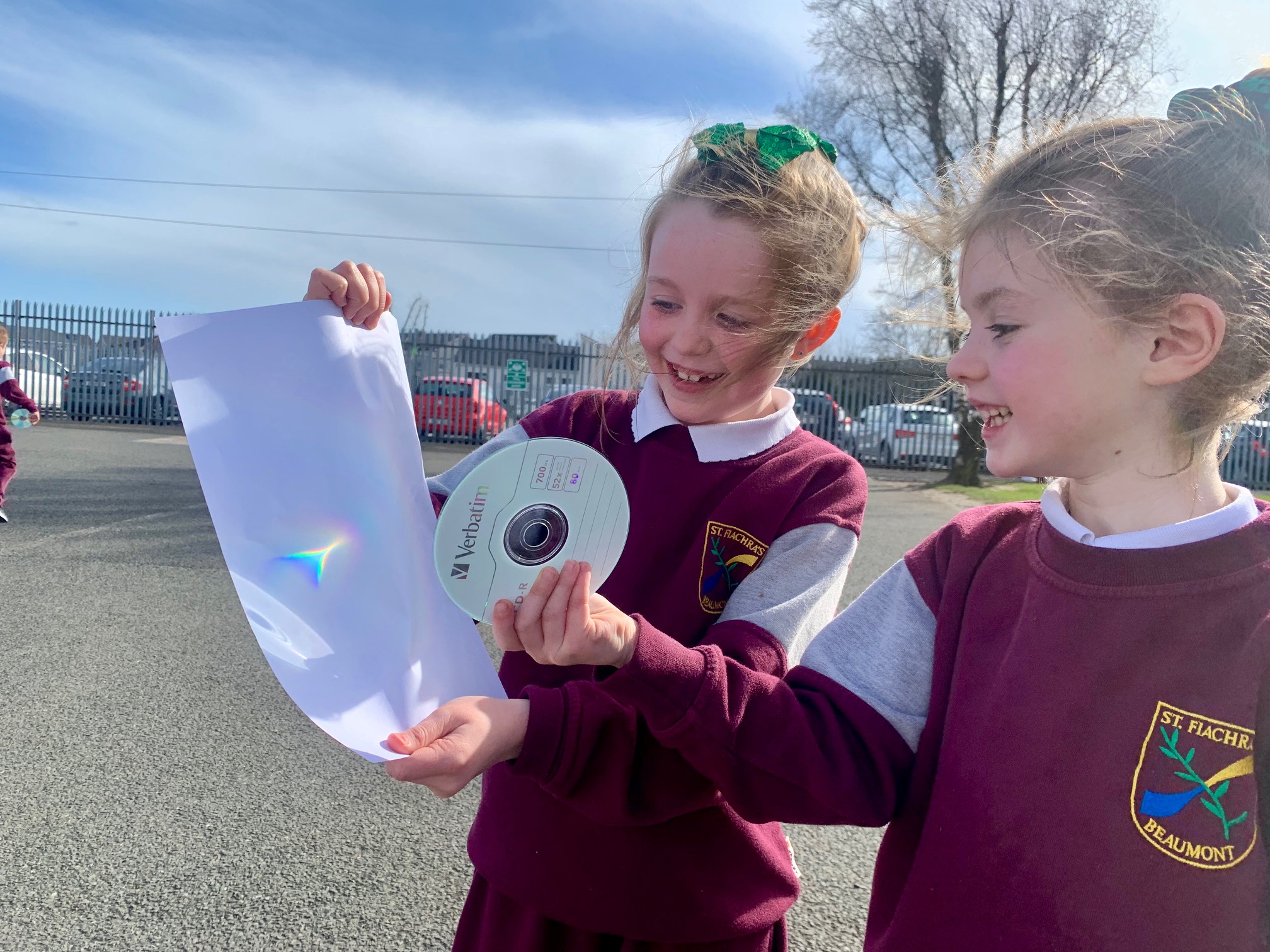 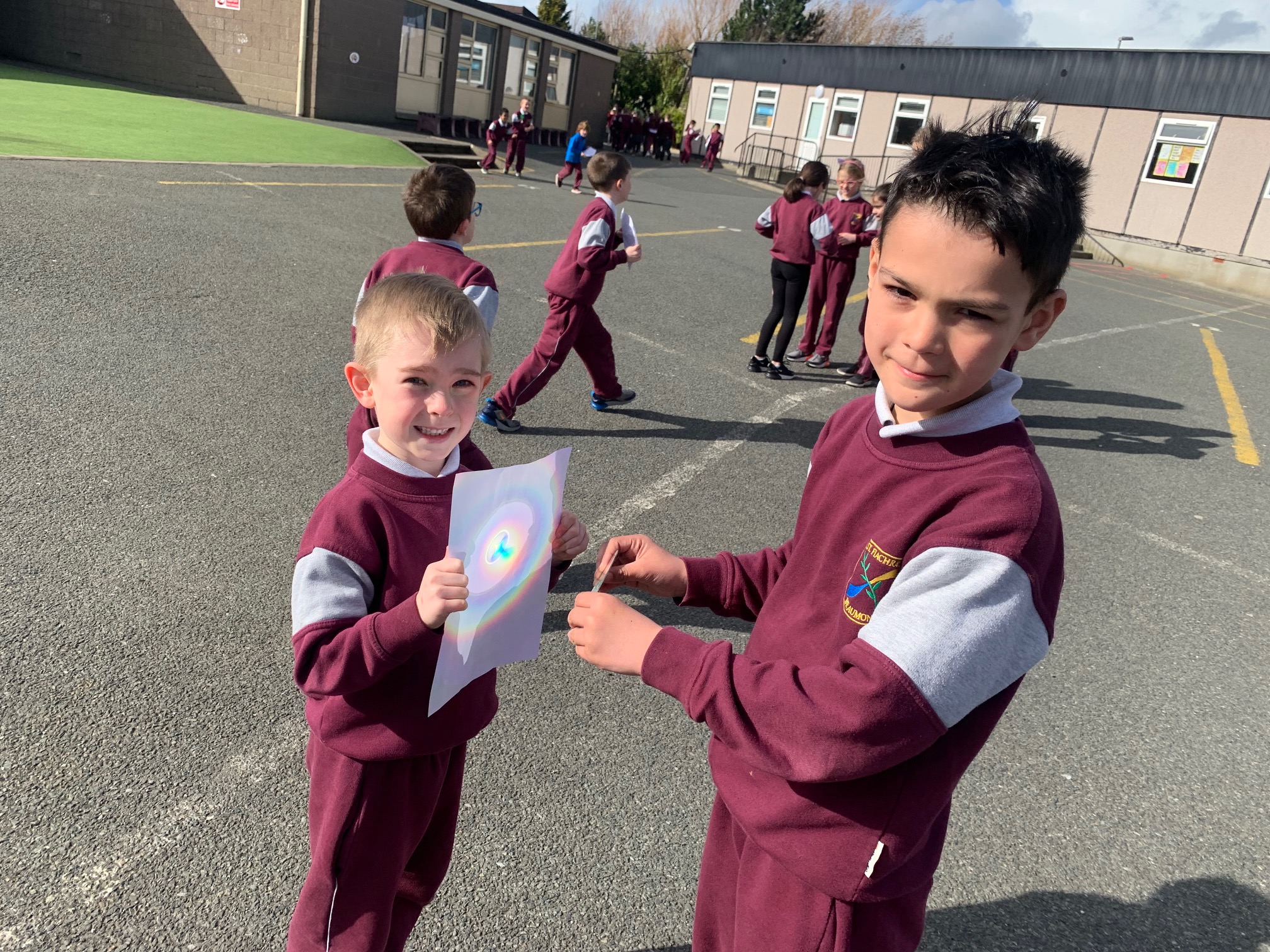 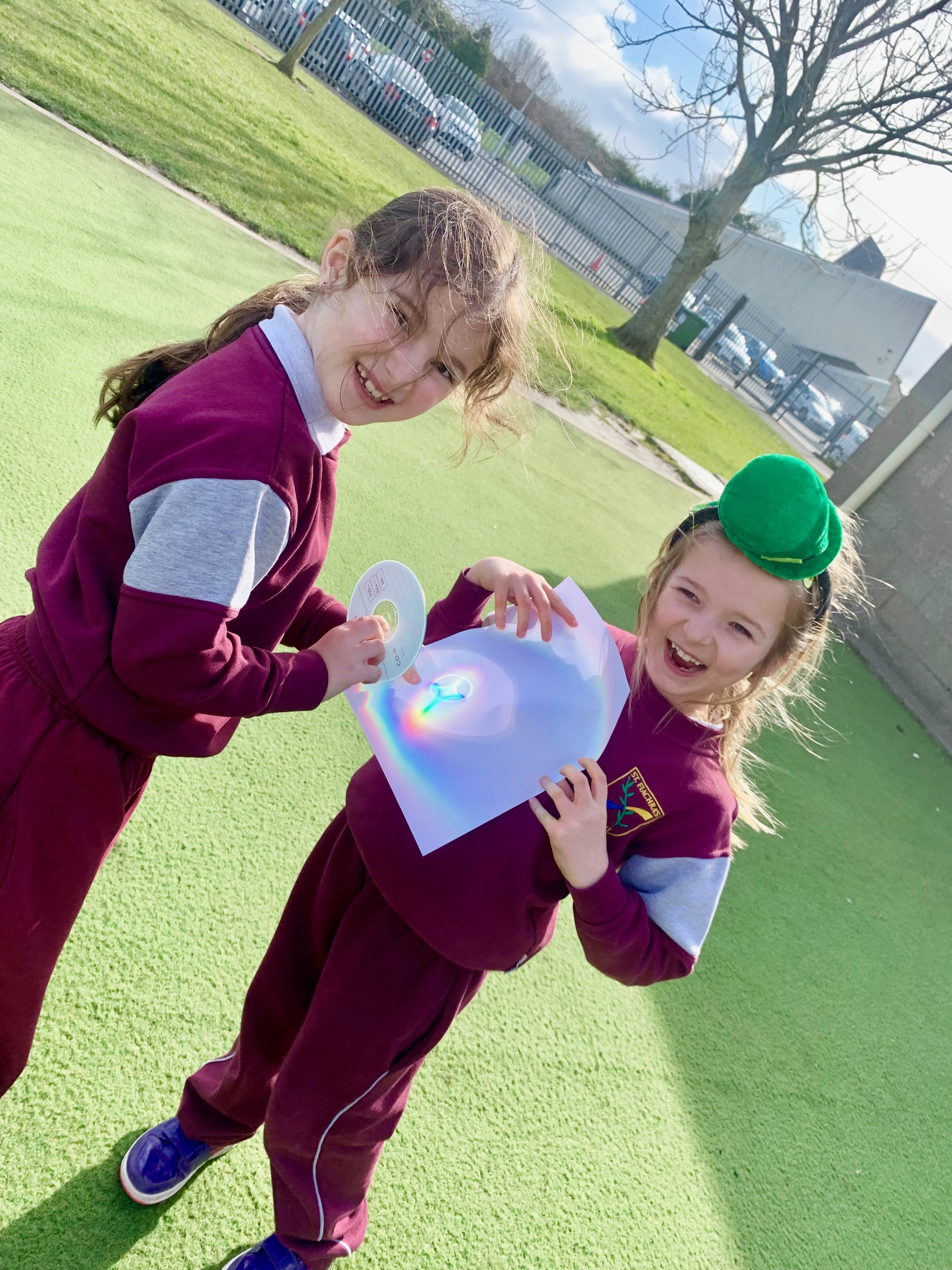 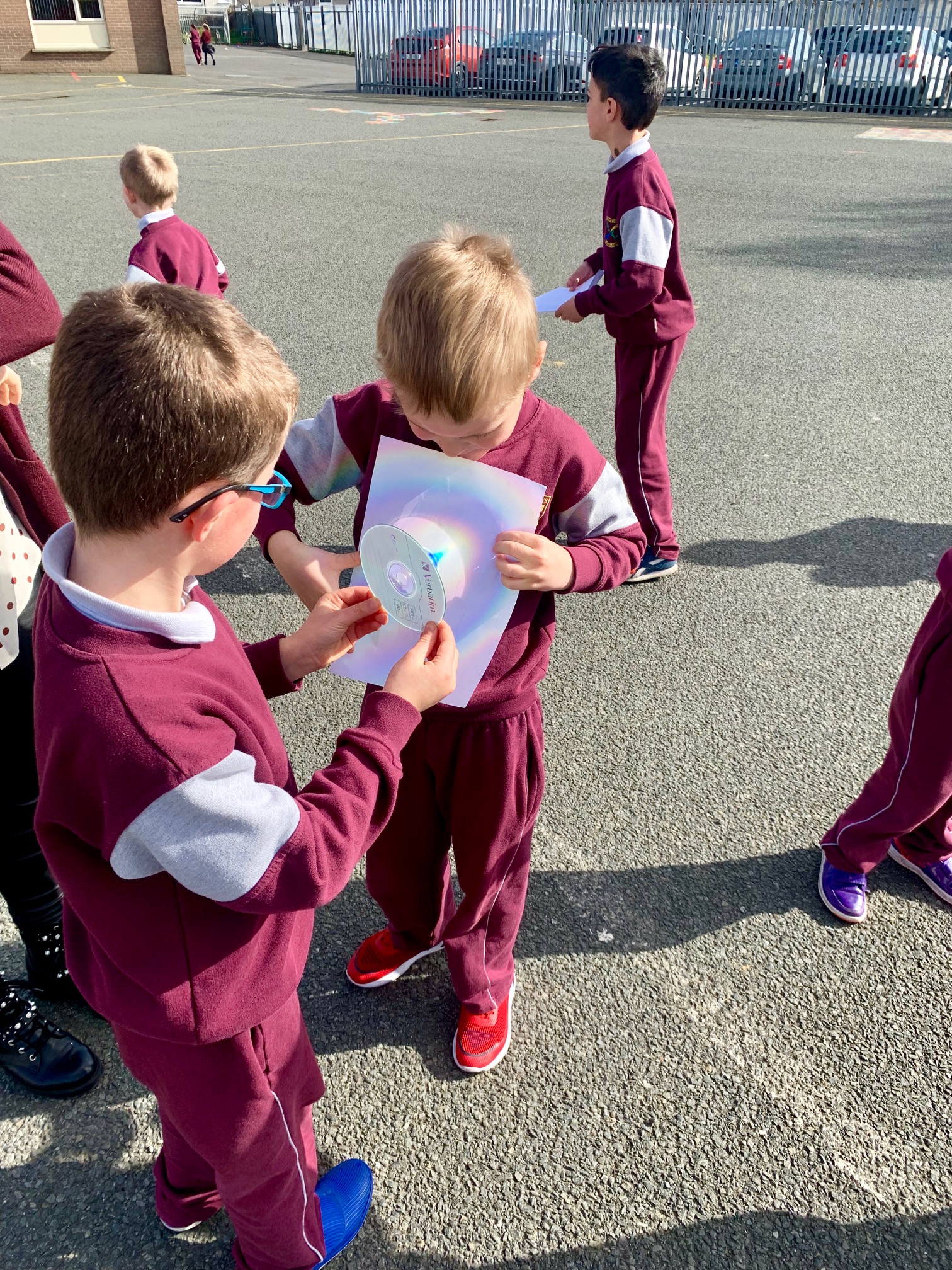 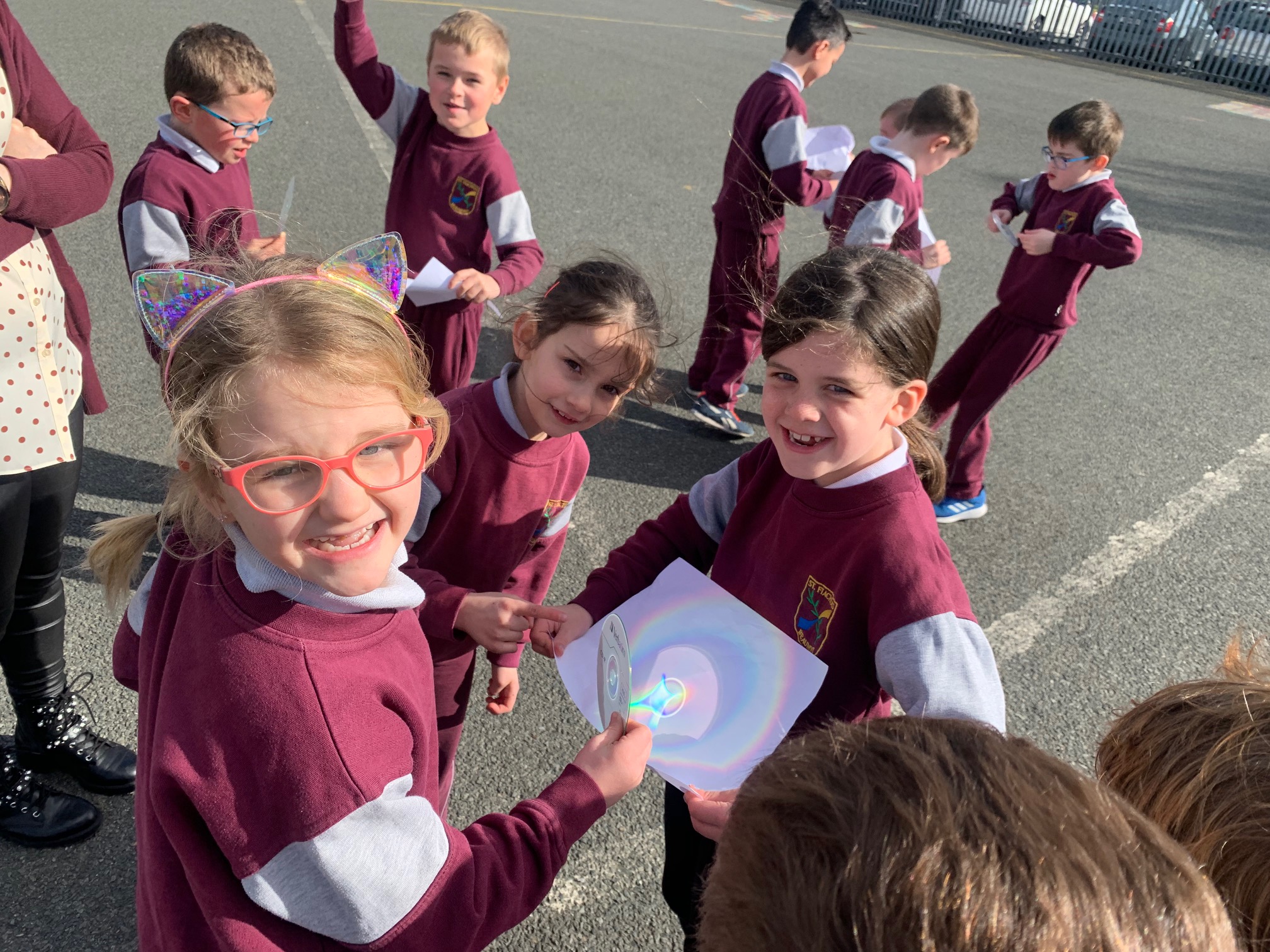 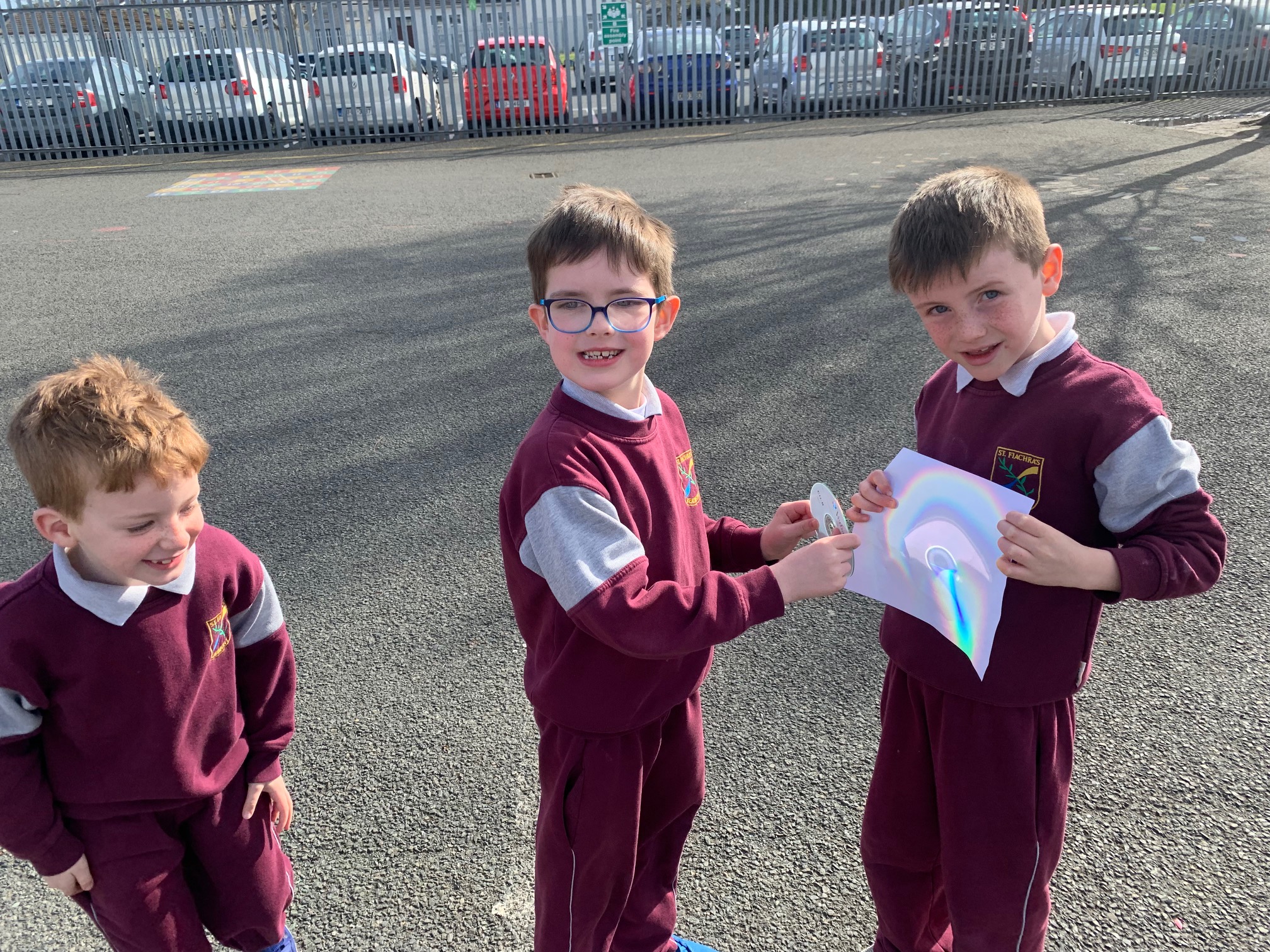 Learning about rainbows has never been so much fun! 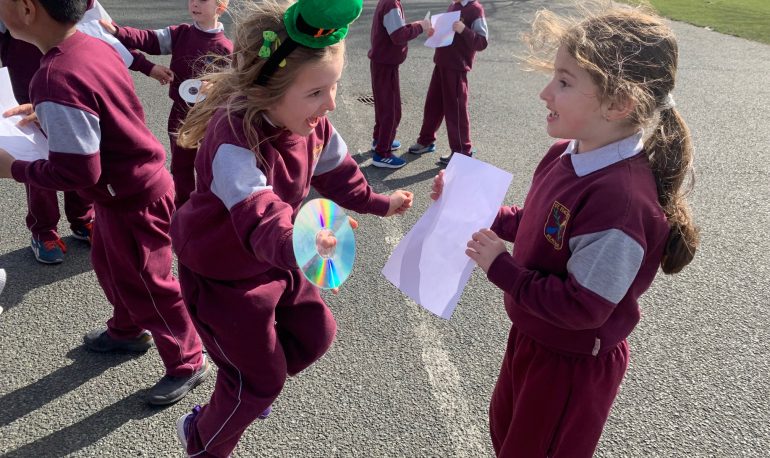 — admin
Thanks for your donate. you can here to go to paypal and finish payment
go to paypal