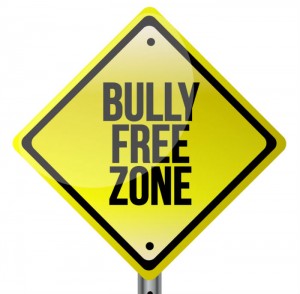 In accordance with the requirements of the Education Welfare Act (2000) and guidelines issued by the NEWB, the Board of Management has adopted the following anti-bullying policy within the frame work of the school’s overall code of behaviour. This policy fully complies with the requirements of the Anti-Bullying procedures for Primary  and Post Primary Schools which were published in September 2013.

The Board of Management recognizes the very serious nature of bullying and the negative impact it can have on the lives of pupils and therefore is committed to the following key principles of best practice in preventing and tackling bullying behaviour:

The relevant teachers for investigating and dealing with bullying are:

Reporting Bullying Behaviour: Any pupil parent or guardian may bring a bullying incident to the attention of any teacher in the school. All reports including anonymous reports of bullying, will be investigated and dealt with by the relevant teacher. All staff members, teaching and non-teaching, must report any incidents of bullying behaviour witnessed by them, or mentioned to them, to the relevant teacher.

Investigating Bullying Behaviour: In investigating and dealing with bullying, the relevant teacher will exercise professional judgement to determine whether bullying has occurred and how best the situation might be resolved. Parents/guardians and pupils are required to co-operate with any investigation. Generally incidents will be investigated outside the classroom. Interviews will be conducted with sensitivity and due regard to the rights of all concerned. When analysing incidents of bullying behaviour, the relevant teacher will seek answers to questions of what where when who or why. If a group is involved, each member will be interviewed individually at first and thereafter as a group. It may be appropriate to ask those involved to write down their account of the incident. in cases where it has been determined that bullying has occurred, the parents/guardians of all involved will be contacted to inform them of the matter and explain the actions to be taken. It should be noted that any situation where disciplinary sanctions are required, is a private matter between the pupil being disciplined, his/her parents or guardians and the school.

Follow-up and recording: In determining whether a bullying case has been adequately and appropriately addressed, the relevant teacher must take into account whether the bullying has stopped, whether issues between the parties have been resolved, whether relationships between the parties have been restored and any feedback received from the parties involved. Follow-up meetings with relevant parties will be arranged separately with a view to bringing them together at a later date if the victim is ready and agreeable. Where parents/guardians are not satisfied that the school has dealt with a bullying case in accordance with these procedures they must be referred, as appropriate to the school’s complaints procedures. In the event that parents/guardians have exhausted the school’s complaints procedures and are still not satisfied, the school must advise them of their right to make a complaint to the Ombudsman for Children.

It is imperative that all recording of bullying incidents is worded in an objective and factual manner.  The school’s procedures for noting and recording are as follows:

Informal pre-determination that bullying has occurred

The Board of Management confirms that appropriate supervision and monitoring policies and practices are in place to both prevent and deal with bullying behaviour and to facilitate early intervention where possible.

This policy was adopted by the Board of Management on 17th June 2014.

Thanks for your donate. you can here to go to paypal and finish payment
go to paypal